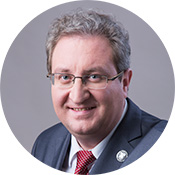 Pavel Vladimirovich MIKOV – Commissioner for Human Rights in the Perm Krai. Elected by the decision of the deputies of the Legislative Assembly of the Perm region on October 26, 2017.

Born in the city of Gubakha, Perm Region in 1976. He was brought up in Suksunsky sanatorium orphanage. In 1993 he graduated from Suksun high school. In the years 1993-1998. He studied at the Faculty of History of Perm State Pedagogical University, which he graduated with honors. He worked as a teacher of political science in Suksunskaya secondary school No. 1, a teacher of history and social studies, a class teacher at the Secondary School No. 7 with in-depth study of the English language of Perm.

In 2004, he moved to Perm State Pedagogical University. A year later he became a fellowship of the International Program of the Ford Foundation and entered the post-graduate course of the Academy of Advanced Training and Professional Retraining of Educators.

In the pedagogical and human rights community, Pavel Vladimirovich is known as an expert at the Russian and international level on educational policy, civic education and education in the field of human rights, and the rights of the child. He is an expert of the Federal Operator for the implementation of the priority national project "Education". Repeatedly represented the Russian Federation in the Council of Europe, was involved as an expert on civic education, human rights, the protection of the rights of the child in international projects of the Russian Federation and the European Union.

A significant number of scientific and educational-methodical publications on the problems of law, human rights, the rights of the child, methods of teaching legal disciplines became a significant contribution of P.V. Mikova in the development of the scientific and methodological base for the education of the Perm region.

In 2013, he was awarded the gratitude of the President of the Russian Federation, Vladimir Putin, for his great contribution to the protection of children and the active promotion of the implementation of state social policy.

Speech by Pavel Mikov at a meeting of the Legislative Assembly of the Perm Krai, October 26, 2017 (on the agenda - voting for the candidacy of the Commissioner for Human Rights in the Perm Krai)